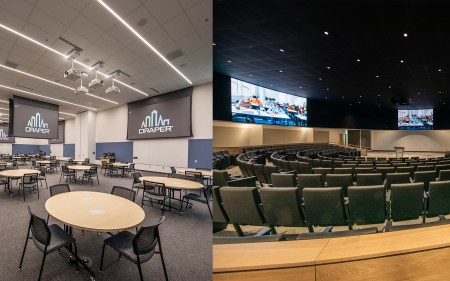 Display technology has changed so much over the past decade that old image standards and practices have come obsolete.

“Previously, while direct-view displays were a strong part of the industry, projection-based display technology still influenced the majority of large format installations at that time,” said Jonathan Brawn, CTS, Principal, Brawn Consulting, and co-chair of this standard’s task group, in a recent press release. “Today, direct-view technologies like very large format LCD, LCD videowalls, and increasingly, DVLED have not only maintained being mainstream but are now the dominant technology in most instances.”

The only major difference between the older and newer standards is the inclusion of a new method for measuring system contrast ratio. PISCR called for measuring contrast using the so-called “checkerboard” test.

While Draper TecVision premium projection surfaces will still help a display system meet the updated standard, it also underscores the importance of complete system performance and the need to correct installation of LED video walls and other flat displays.

To explore our mounting structure options for LED, click here.

To learn more about the ISCR standard, visit the AVIXA website.